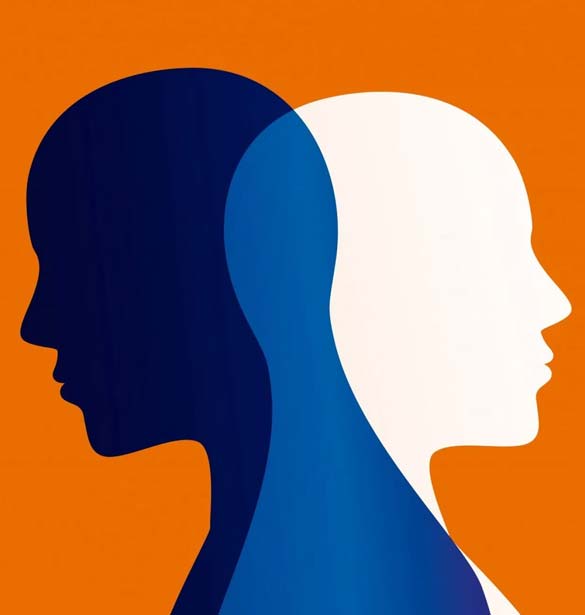 Bipolar disorder is characterized by periods of time during which you feel like you can do anything, followed by bouts of severe depression. Acting in ways that vary greatly from your normal behavior is another sign of bipolar disorder. The condition usually starts in young adults around the age of 25. Early detection of this condition saves you years of destructive behavior and uncertainty. The psychiatric doctors at the Medex Diagnostic and Treatment Center in Queens, NY are experts at diagnosing and treating bipolar disorder. Call today for an evaluation.

Bipolar disorder is a mental illness caused by changes in your brain chemistry. While it’s often due to a variety of genetic or structural brain conditions, it’s exacerbated by stress and anxiety. If you’re suffering from bipolar disorder, you experience extreme mood swings between ecstatic happiness and brutal depression. You can still be diagnosed as bipolar, however, even if you just experience the up moods, which include symptoms such as:

Bipolar disorder often is misdiagnosed because there’s no imaging scan or blood test to confirm it. You need a firm diagnosis from your psychiatrist at the Medex Diagnostic and Treatment Center in Queens, NY. Part of the practice’s multiple specialties, these psychiatrists are skilled at recognizing many psychological conditions including bipolar disorder.

Why Is It Bad to Feel Good?

Bipolar disorder are sometimes difficult to confront, because who doesn’t like feeling energized? But the mood swings associated with bipolar disorder can cause negative repercussions in your life. Even actions you take while you’re feeling up-beat can lead to dire consequences.

If you have bipolar disorder, your manic episodes may lead to actions that put your well-being at risk. The condition coerces you to make reckless decisions while you’re feeling invincible or unusually creative. Poor choices with money or relationships have a long-term impact on your work, relationships and financial stability.


These mood swings result from imbalances in your brain chemistry. Bipolar treatment includes lifestyle changes, education, medication and talk therapy. This combination of treatments keeps you balanced and prevents the dramatic episodes that so profoundly affect your life.

Your physical and mental health are inextricably intertwined. As part of the initial diagnosis, your Medex psychiatrist ensures that your symptoms aren’t caused by an underlying medical ailment. Sometimes, such conditions as hyperthyroidism or a related mental condition called borderline personality disorder causes mood shifts, Certain medications, such those containing steroids, also may affect behavior drastically.

Once other conditions are ruled out, your treatment begins with education about the things you can do to prevent manic and depressive episodes, such as:

Several medication options are available. Some of them may work better for you than others, so your psychiatrist works to find the best choice for you during a series of regular appointments and check-ins. Some mood stabilizers require you to regularly have your blood checked, another advantage of having all your medical needs addressed at a multi-specialty practice like the Medex Diagnostic and Treatment Center, which has laboratories on-site.

Psychotherapy, also referred to as talk therapy, is a part of a complete treatment plan for bipolar disorder. With bipolar disorder, your patterns get thrown out of whack. Once you enter a phase of mania, you may not recognize poor choices you’re making. By talking about it, your psychiatrist keeps you on an even keel.

Psychotherapy takes on different styles for everyone, depending on your needs and how long you’ve been dealing with the condition. Your psychiatrist spends your first sessions getting to know you, your lifestyle and patterns. The goal of psychotherapy is to help you accept the diagnosis while teaching you practical strategies for managing it.

Psychotherapy is a gradual process and may include your family at times. Be honest with your doctor and reveal everything. For example, substance abuse is common among people with bipolar disorder. Don’t keep secrets.

Sessions may start out twice a week, and then move to weekly. As you learn to manage your condition, your psychiatrist may recommend longer and longer times between sessions. Take the first step toward recovery by contacting a psychiatrist at the Medex Diagnostic and Treatment Center in Queens, New York. Discover a path toward a better quality of life and sound mental and physical health.